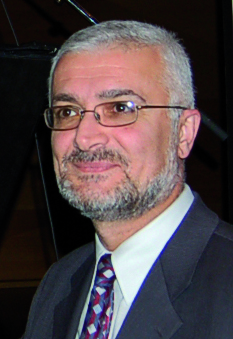 Munir El-Kassem was born in Beirut, Lebanon in 1955. He was educated at Al-Maqasid Islamic Institute

where the foundation of his Islamic knowledge was established. He was the top student to be admitted

to the Premedicine program at the American University of Beirut. Following his migration to Canada,

Genetics, thereafter joining the University of Toronto where he graduated as a dental surgeon in 1986.

After spending 15 years in general practice, he joined the University of Western Ontario as a professor

and Director of Clinics at Schulich Dentistry at the Faculty of Medicine and Dentistry. In 2010 Dr. El-
Kassem left his teaching position at U.W.O. to start a new venture in Clinical Dentistry. He opened

M.E.K Dental, a practice that features the latest in dental technology, and operated by dentists who

have demonstrated their clinical excellence.

Since his arrival in Canada in 1976, Dr. El-Kassem has been very actively involved in sharing his Islamic

knowledge with Muslims as well as non-Muslims (Islamic Da’wa). He has visited a large number of

Muslim communities across Canada, the United States and the Caribbean where he is recognized

as a passionate speaker, effective fund raiser and community development councillor. He has also

participated in interfaith dialogue throughout the world and appeared on numerous radio and T.V.

programs. His audio and videotapes on various Islamic issues have been widely distributed. He is the

author of many Islamic books. At one point, he was a regular contributor to the London Free Press,

writing on a variety of issues from an interfaith perspective. He also hosted a weekly radio show, Islamic

Perspectives, on 1290 CJBK. Dr. El-Kassem is the recipient of the Golden Jubilee Award, Diamond Jubilee

Award, and the Outstanding Achievement Award for Volunteerism in Ontario.

During his tenure at U.W.O., Dr. El-Kassem was one of the chaplains at the University. Recently, he was

appointed as a chaplain with the London Police Force. He is married and blessed with five daughters